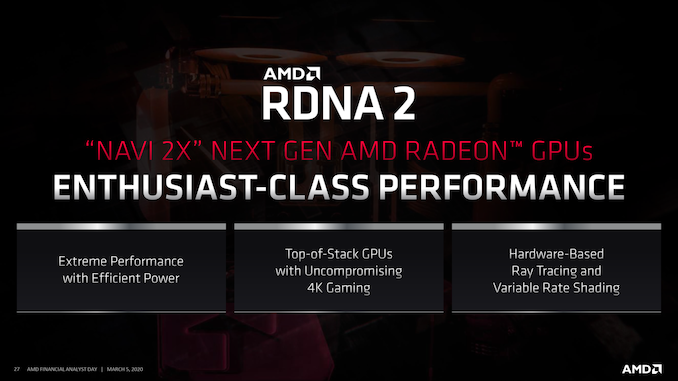 With Consoles from Microsoft and Sony are on the verge of being unveiled which have next-gen GPU by AMD, AMD has dropped a bomb for PC gamers with more specification for their upcoming GPU Codenamed Navi 2X and it lives upto the title with promised 50% better performance per watt and Ray Tracing features on board.

The earlier term used by the community was Big Navi, however, AMD has now dubbed it as Navi 2X. This rightfully denotes that it succeeds the previous generation of Navi GPUs and is not necessarily bigger sized Navi GPU and will have extra features also. This lineup of GPU is now aimed at the enthusiast gaming market from where AMD has been absent from the past few generations (if we ignore Radeon VII).

Thus this architecture enhancement will also aim at 4K gaming segment with top-notch performance and all the features gamers expect. Features that are only available at rival vendor i.e. Nvidia will also arrive here because… competition.

The performance update is largely due to instruction enhancement as this series of GPUs will still use a 7nm manufacturing process like original RDNA.

However, they use TSMC’s EUV-based “N7+” node. Thus this will also partially bring performance and efficiency enhancement.

Enhanced Features- Hardware Accelerated Raytracing & VRR: Nvidia has been vocal about their RTX or hardware-accelerated ray tracing support in conjunction with Microsoft DXR. but the initial implementation had a lot to be desired with a performance hit so much that turning on the effects comprised game playability. Plus the enhancement was hard to note by games that pioneered raytracing support. This was coupled with the GPU with RTX support being too expensive.

AMD thus relegated Ray Tracing support in their GPU until the technology for more ready for the mainstream. This opportunity is now being released with RDNA 2 as this feature also coincides with next-gen consoles and this will lead to simplify development. The performance is also being maximized by using low-level API. It does mean that DXR support is in tow, but does that mean Vulkan support will be added is yet unknown.

VRR support is also speculated to be included as Microsoft has already confirmed RDNA 2 and VRR support in Xbox Series X and we can extrapolate that PC will get this feature also.

Its not like competition is standing still with Nvidia also moving to 7nm+ manufacturing process and Nvidia already had the enhanced features and now have to experience to enhance it for next-gen GPUs. AMD, on the other hand, has massive experience with developing two GPUs for next-gen consoles. Let’s not forget that Intel is also getting ready to join the bandwagon and they too will have ray tracing support in their Xe GPUs.

The Future, Thanks to Competition is bright and we can’t wait for 3 way competition in the GPU area. Not to mention price war which will benefit consumers. 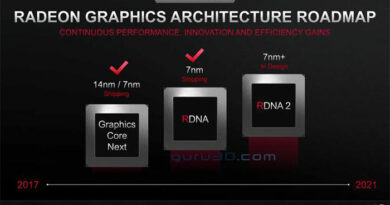 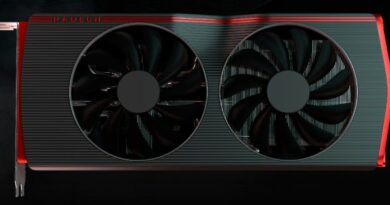 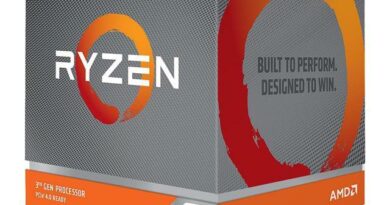